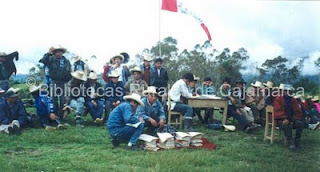 The network was conceived and founded in 1971 by the reverend John Metcalf and the farmers who accompanied him at that time.  Since 1972 this initiative has developed through adapting to the filigree of expectations of the rural population itself.  Perhaps its greatest virtue was to not set out with a programme or model; instead experience itself giving it the possibility to grow and move forward.

Without premises, without vehicles, underpinned by volunteering, exchanging books as seeds are exchanged between the lowlands and the highlands; the network consolidated its links and established its own possibilities.

The movement is concentrated in rural areas.  It could take another name, given that “library”, in the usual sense, does not relate to the function that is carried out (in that not one academically trained librarian is employed); the use of books as tools lends that characteristic, but does not define its existence nor the objective which is sought.
In the city of Cajamarca a Central Office is run by three people dedicated to the administrative and technical duties.  Bureaucracy is considered a harmful hindrance and so all forms of centralisation in terms of decision making and timetabling are abandoned.  The office, then, merely consists of a supporting platform that reinforces the defined movement. 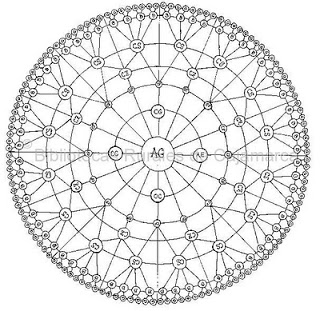 The consistency of the Network is the key to its function: a collection of Rural Libraries-Communities makes up a Sector, lead by a Sector Coordinator who is also a librarian; a collection of Sectors makes up an Area, lead by an Area Coordinator who also has a sector and its library.  The group of Area Coordinators constitutes the Permanent Coordination Council.  This Council elects a General Coordinator, a farmer like all the Coordinators and Librarians, who is then ratified at the General Assembly (the congregation of Rural Librarians, Central Office, Sector and Area Coordinators).  Then, a Council of Elders, an entity made up of veteran Librarians and Coordinators of the movement, clarifies and focuses the key aspects of the Network.
So, the start and end point is the community itself. 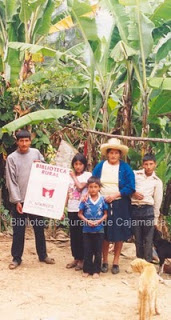 The Rural Librarian is elected at a community assembly.  The regard and affection demonstrated are paramount.  His/her house is the library, his/her family the librarians.  There are no shelves, it is voluntary, there are no salaries.  They manage a collection of books which are exchanged, after reading, with those from the neighbouring rural library.  The books come and go.  The harvest is collected.  To continue enriched.
Posted by Wanderings of the Rural Libraries of Cajamarca at 08:02 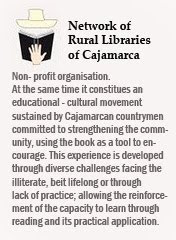